Turkish is among the most widely spoken languages in the World. It is the official language of Turkey and is an official or non-official minority language of many countries such as Cyprus, Iraq, Romania, Bulgaria, Greece, Albania, Moldova and Serbia. Turkish is also widely spoken among the western European countries like Germany, the Netherlands, Belgium, Austria, Switzerland and France.

In this article, we will present brief information about the speakers of Turkish language around the World and the level of intelligibility among dialects. Since Turkish is a critical language to learn not only for those who are looking for to visiting Turkey but also for any foreigner who is interested in Balkans, Middle Easy or Central Asia, we believe and sincerely hope the information we provide in this article will be useful for our readers.

Where Turkish is spoken? 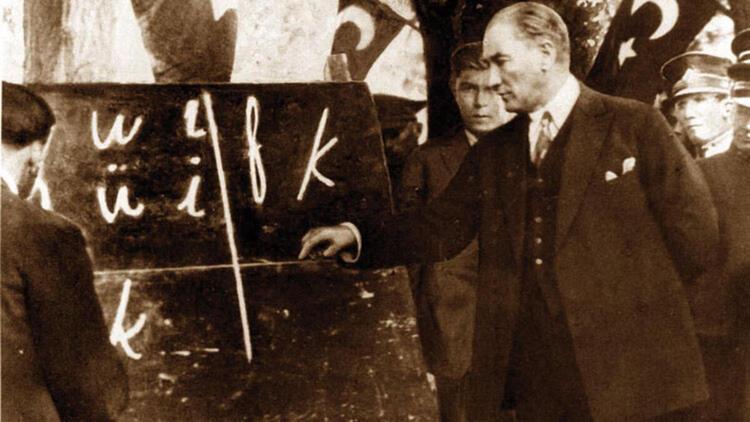 Turkey is the main country where Turkish is spoken by the vast majority. Turkish is the official language of Turkey and the mother tongue of 80 million or so population. Following the abolition of the old writing system which was based on Arabic and Persian letters in 1 November 1928 by Ataturk, new Latin alphabet was adopted by Turkey. This reform dramatically influenced the increase of literacy rate thanks to ease of learning these new letters.

Turkish of Turkey is considered the gold standard of the modern Turkish. Especially the Istanbul Dialect is the version that is taught in schools and language courses. (dialects map) It is the version we taught in Turacoon too. However, when it comes to intelligibility, almost all dialects of Turkish understand each other.

The official language of Turkish Republic of Northern Cyprus (TRNC) is also Turkish and spoken by 326,000 people as mother tongue.

As part of a clause that was stipulated in Lausanne Peace Treaty signed in 1923 which is the founding document of the Republic of Turkey, a population exchange has taken place between Turkey and Greece. However, Greeks in Istanbul, Gökçeada and Bozcaada as well Turks living in Western Thrace were exempted from exchange. As a consequence of that, there is still a sizeable Turkish population of 120,000 living in Greece. This population speaks Turkish a mother tongue and their minority status is ensured by Lausanne Peace Treaty.

There is about 588,000 Turkish people living in Bulgaria who descendants from the Ottoman Empire, and they speak Turkish as their mother tongue. They are the Bulgaria’s largest ethnic minority. They mostly live around Kardzhali, Shumen, Silistra and Razgrad.

There is about 3.5 million Turkmen living in Iraq. They are the descendants from Ottoman Empire who brought to Iraq for various purposes such as trade and civil service. They form the third-largest ethnic group of the country and mostly living in Turkmeneli region of the Iraq. Though they are influenced by Iranian Azeri Turkish, Iraqi Turkmen view themselves as speaking Turkey’s dialect of Turkish.

There is about 80,000 Turks living in Romania, mostly in Northern Dobruja region.

There are also Turks living as minority in countries like North Macedonia (200,000), Kosovo (30,000), Albania (2000), Croatia (2000) and Bosnia and Herzegovina (1200). It can be observed by geography that almost all minority Turkish population is the direct descendant from the Ottoman Empire. The only exception for this approach would be the Gagauz Turks living in Moldova. Their total population is around 30,000. There are several theories about their origin and no consensus has been formed to that regard.

All this legal groundwork led to a large Turkish migrant population in respective countries. The lion’s share of Turkish immigrants goes to Germany with 7 million or so Turkish origin migrant presence today.  Other European countries and the Turkish populations are the Netherlands (2 million), France (1 million),  United Kingdom (500,000), Austria (360,000) and Belgium (250,000).

Turkish migrants that are living in Europe are in very active relation with Turkey. Most of them are in contact with their relatives and visit the Turkey almost every summer vacations. They are also a steady source of foreign currency for Turkish Economy. Many Turkish immigrants plan to relocate to the native land when they retire, which indicate their close affinity with Turkey.

Tough there are some vernacular differences, the speaker of Turkish dialects understand each other most of the time without any problems. Furthermore, increasing popularity of Turkish TV series and accessibility to internet enabled non-Anatolian Turkish speakers to interact with this dialect, making it easy to constitute a generic Turkish-speaking environment.

All in all, Turkish is a very important language, considering the ubiquitous presence of its speakers. Therefore, learning Turkish as a foreign language would be a very wise career move by any foreigner. Luckily, old limitations are not an issue today and learning a language is evermore easy. When it comes to Turkish, Turacoon is the best option thanks to its 1-on-1 and 100% online classes.

Now is time to Learn Turkish Why Should You Learn Turkish? How to Start a Business in Turkey - A Useful Guide