Turkic languages are spoken in a widespread geography from West Asia to the South East Europe in many dialects. Geographically, it can be considered one of the most spoken language families in the world. In addition to being the official languages of the countries such Turkey, Azerbaijan, Kazakhstan, Kyrgyzstan, Turkmenistan and so on, it is also recognized or non-recognized minority languages in countries like Greece, Iraq and Iran.

A map of Johann Wolfgang Goethe University  shows in detail the area where Turkic languages are spoken.

Moreover, Turkish, which is the most spoken dialect of Turkic languages, is one of the most widely spoken language in West European countries such as Germany, France and Netherlands due to Turkish immigrant presence in those countries.

Some estimates suggest that there are around more than 180 million of people who are speaking a Turkic language as their mother tongue.

In this article, we will trace the origins of the Turkic languages in general and Turkish in particular throughout history and strive to present a wholistic picture of its journey until today.

Turkish is a very old language. Some resources date its origins as far as 8500 years ago. It is very rich in vocabulary and has its own phonetic, morphological and syntactic structure. It is part of the Ural-Altaic language family.

As can be seen from the table, Turkish language family consists of 39 languages. In this article, we will focus on Turkish. Turkish is part of the Southern Turkic branch of the Ural-Altaic Language family.

Although in many resources Turkic langauges are considered relative to Tungus and Mongolian languages, there is also a  widespread argument that the similarity between these langauges are due to their interaction during their encounters rather then having common origin.

Oldest written records of Turkish languages  are Orkhon Inscriptions which dates back around 8th century. These inscriptions are engraved in stone monuments located in present-day Mongolia. The alphabet that is used in these inscriptions is called Turkic Runes due to their similarity to Germanic runic alphabets. They depict the social and political life of the Gokturk Dynasty.

Following the collapse of the Gokturks, Uighur Turks have produced many texts in Turkish. Especially after their departure from original Turkish religion shamanism and embrace of Buddhism, they translated many religious texts from Chinese. The languages spoken and written by Gokturks and Uigurs is called Old Turkish. This was mainly the language of Turks prior to conversion to Islam. 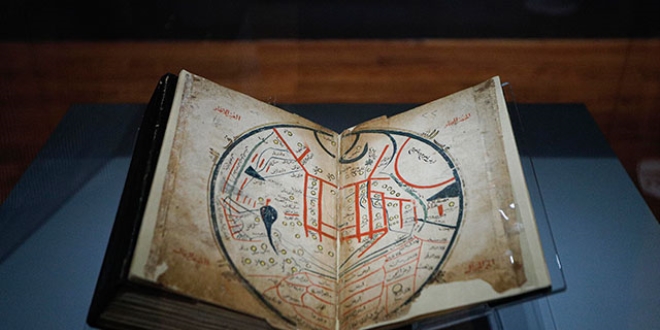 After the spread of Islam among the Turks in 10th century, Turkish language entered into close interaction with Arabic and Persian languages. “Kutadgu Bilig” can be considered as the first masterpiece of the Muslim Turks, which was written by Yusuf Has Hacib in 1069. Kasgarli Mahmut wrote the “Dīwān Lughāt al-Turk” in 1072 in order to help Arabs to learn Turkish. Maybe this was the predecessor of the Turacoon, don't you think so :).  The book called “Hikmet” that was written by Ahmed Yesevi in 12th century was also an important Turkic mysticism work. However, despite the strong influence of Islam, written text during this time in Anatolian Turkish were mostly free of any foreign effect. This was mostly due to strong measure that were taken to protect the Turkish of foreign influences at the time especially by Seljuq Turks and Karamanoglu Beyligi.

In consecutive ages, evolution of Turkish language can be broken down into three stages. These stages are:

During the Anatolian Seljuk’s period, there were efforts about accepting Turkish as the official language. A Turkish dictionary namely “Divani Turki” was published by Sultan Veled in 1277. Sultan Orhan of the Ottoman Empire promulgated the first official state document called “Mulkname” in Turkish. In 1530, the first Turkish grammar book called “Müyessiretül-Ulum” was published by Kadri Efendi.

Yunus Emre who lived around 13th and 14th centuries in Anatolia was the master of Turkish poetry due to its simplicity and fluency. His works are highly regarded due to their problem-solving nature, even for complicated religious questions. Hacı Bayram Veli was also another important figure that lived during the same period. He was a Sufi who wrote his religious and poetic works in Turkish and highly influenced the Anatolian Turkish.

During the classical era of the Ottoman Empire, Arabic and Persian words had become ever more present in written languages. Especially the language usage of aristocratic circles in the Ottoman Court of the time were very distant, however understandable for the people in the street. This trend continued until the Tanzimat age in 19th century. During the Tanzimat age, in parallel with Westernization in the country, influence of French was also heavily felt in Turkish language.

Following the proclamation of the modern Turkish Republic in 1923, Atatürk have adopted the Latin alphabet in order to stay in line with the contemporary civilization. Turkish Language Association was founded in 1932 in order to recover and put in use the original Turkish words in again.

During the centuries, Turkic people have used many alphabets and writing systems. The oldest known Turkic alphabet was the Orkhun Alphabet, which was replaced by the old Uighur Alphabet. 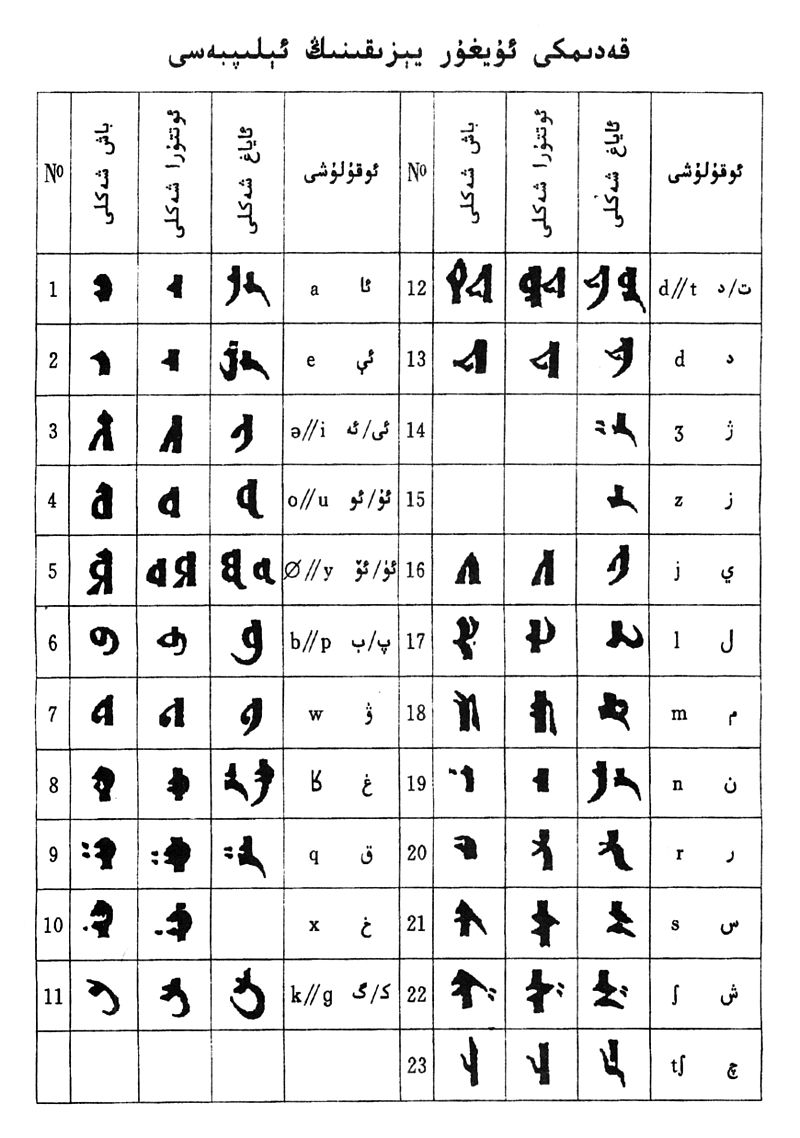 In the figure, old Uighur letter and Latin/Arabian letters that they correspond can be seen.

In the following centuries  Turkic nomads used various systems namely Cyril, Greek, Hebrew and Latin. Oghuz Turks however started to use an Arabic system following their contact with and later conversion to Islam. This was their official writing system until the adoption of Latin Alphabet in 1 November 1928.

The Ottoman Turkish was a written language where a combination of Arabian and Persian alphabets was used.

Istanbul Turkish is considered the standard version of the Turkish today. It was suggested by modern writers like Ziya Gökalp and Ömer Seyfettin. However, there are other vernaculars spread around the old Ottoman regions where different versions of the Turkish is spoken such as Anatolian Vernacular, Rumelia Vernacular, Cyprus Vernacular and so on. Tough there are differences, these vernaculars can easily understand each other.  If you want to learn more, you can check our blog.

As Turks travel around Central Asia, Middle East, Anatolia and Europe, they carried their language with them throughout history. They were influenced by other languages as well and at every step of their journey they added some value from foreign languages and thus shaped the Turkish of today.

Today, Turkish is among the 20 most spoken languages among the World. Thanks to Turkey’s emerging economic and cultural power in the 21st century, it is one of the most strategic languages to learn too. Especially for international students and businessmen, learning Turkish can be considered as a huge leap in their career. It is also very easy now with Turacoon.

Now is time to Learn Turkish The Origins of Turkish Language

Working in Turkey as a Foreigner